Athavan Play app has been launched

Lyca's Athavan media has launched a new app on mobile devices, where all Lyca's own radio- and TV-channels and their news website is presented in one app. With the new app you can watch and listen to following channels for free:

Besides it is also possible to watch Athavan News website in the app - and another important feature is the catch-up TV feature where you can watch the programmes shown on Lycas Athavan channels for the past 7 days arranged by the telecasted TV-schedule. 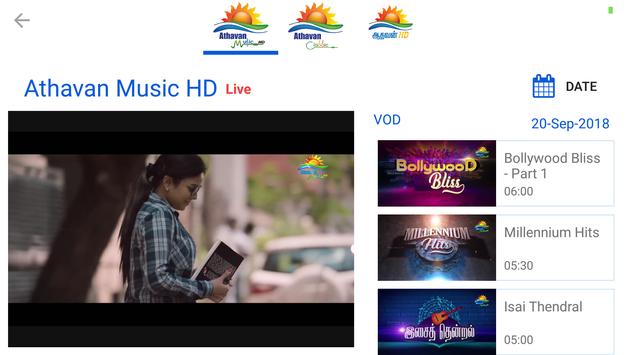 It is first time that Lyca is launching an app for its TV-channels while the rival, IBC Tamil, is already running their app "MY IBC TAMIL", where it is possible to watch all IBC channels and radio:

Besides it is also possible to watch IBC Tamil newspaper, magazine and website through MY IBC TAMIL app - and as an user, you can also buy some live telecasting time to live telecast your event which will be saved for a limited period so it can be watched again + other features.

Even if Lyca is a little bit late with their app, they have done a very good job with the app and its features regarding the live telecast of their channels and the catch-up TV feature, which you can use on both mobile devices and android  TV boxes - compared to MY IBC TAMIL app which is not user-friendly for users of android TV boxes (the TV-player does not have a "show in fullscreen" button and the player is often hidden by the comment box.