It is also expected that the channel will promote programmes about Tamil culture, history and language for Tamil kids living abroad.

The channel will be available for free through IBC's website and MY IBC TAMIL app like all the other IBC channels (IBC Tamil TV, IBC Isai, IBC Pagadi, IBC Bakthi and IBC Siluvai). The channel will also be available on IBC's Vadali TV box and through the global IPTV provider Yupp TV. 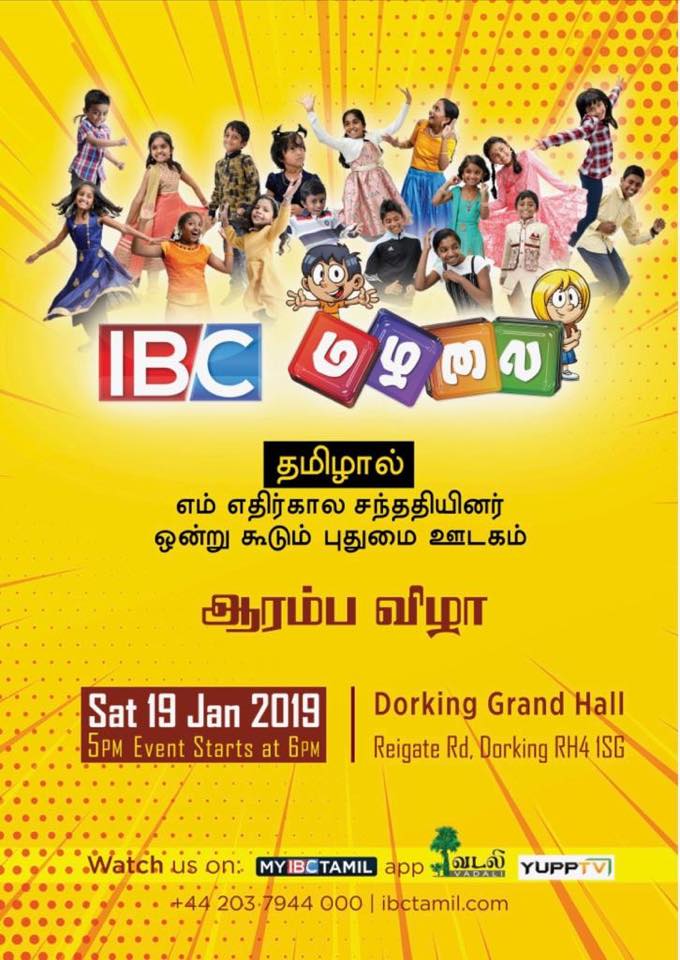